With new regulations going into effect for merchants and financial institutions in the United States, it is important to stay up on what the rules mean for your business. In addition to new EMV chip-enabled credit and debit cards entering the market, merchants must also be aware of their responsibilities when it comes to fraud and EMV chargeback liability. Installing an updated credit card payment terminal that accepts EMV cards is just one piece of the puzzle, but it gives merchants significant piece of mind and dramatically reduces fraud and EMV chargeback liability with their small business merchant account.

Chargeback liability was complex before the implementation of EMV technology in the United States. Now that the new rules are in place, merchants need to be aware of how they are affected when a customer pays with an EMV card at a physical store location, with a credit card online, and with a magnetic strip card that does not yet contain a chip.

Understanding who assumes liability when fraud occurs in various instances lets merchants see the need for new credit card processing machines and to cover their bases so they are not hit with crippling fees and fines when faced with a fraud losses or chargebacks. Start by learning more about the push behind EMV adoption in America, and the steps to take to ensure your business is set up for success, moving forward.

EMV chip cards are virtually impossible to counterfeit due to increased security measures. Specifically whenever a chip card is used the EMV credit card terminal reads the card information from the chip and then writes a new code to the card with each transaction.   So if a counterfeit card is used and does not have the last transaction key, the system knows that the card is counterfeit and the transaction will be declined.

In addition, if a criminal takes the card information from the magnetic strip of a chip card and writes this information to a counterfeit card, which is a common method to commit fraud, with a chip card the credit card machine will recognize that the card should have a chip and will force the transaction to be completed using the chip. Because the counterfeit card does not have a valid chip, the transaction will not be processed. So the potential for card present fraud is significantly reduced.

The main thing to understand about chargeback liability with EMV is that the regulations now spread responsibility more evenly between merchants and card issuers. For example, if a merchant does not have the ability to process an EMV card, and fraud occurs, the merchant is not liable for the resulting losses. However, if the merchant has an EMV capable device, but does not process a chip card as an EMV transaction, then the merchant assumes 100% of the liability for that transaction. So the implication is that if you have an EMV capable machine and are presented with a chip card, do not manually process the transaction by key entering the numbers. Fraudsters know that key entered transactions are easier to get past the security controls, but retail merchants need to know that they are assuming all the risk for manually keyed transactions.

Similarly, if you have an EMV capable terminal but the machine is not updated to process EMV chip transactions, also called EMV enabled, then the merchant assumes 100% of the fraud liability as they have the right equipment to process chip transactions, but did not process the transactions with the chip functionality. So if you have EMV capable machines as a small business owner, it is crucial that you make sure that you are processing all chip cards with the chips instead of the magnetic stripe. 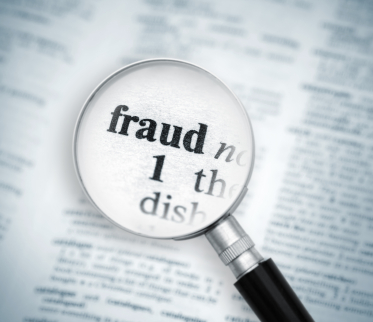 It is important to note that the shift in fraud and EMV chargeback liability under the new regulations does not apply to transactions made online or over the phone. Since EMV technology does not work for online/phone transactions, the shift does not affect merchants who only sell items in the card-not-present environment.

Online customers still need to type in card numbers to make a purchase, so if fraud occurs it will be handled by the card issuer based on their existing guidelines and policies. While it is not a one-size-fits-all solution to eradicate fraud, EMV technology will drastically reduce the amount of suspected fraudulent and EMV chargeback liability for transactions at retail merchants.

It is no secret that credit card fraud is a major concern for merchants and financial institutions in the United States. In fact, the U.S. accounts for a quarter of the world’s card transactions and about 47 percent of the world’s counterfeit fraud, according to data released by The Nilson Report.

Between credit cards that are stolen and used in stores, and account numbers taken in a data breach, criminals have had a relatively easy time purchasing products while pretending to be another person. The problem has been able to persist because fraud liability has rested with card issuers and banks. Merchants were responsible for paying a chargeback fee, but the bulk of fraud charges and costs were paid by the card issuing bank, for example Chase would absorb the loss on a Chase branded credit card.

Get Started Today!
Major payment card networks in the United States, including MasterCard, Visa, Discover, and American Express, have implemented EMV chip technology in their payment cards for consumers. The move brings the United States closer to the standard used around the world to help combat counterfeit fraud. The adoption of EMV helps phaseout magnetic strip cards, making it nearly impossible for criminals to clone cards or use them without authorization from the legitimate cardholder. 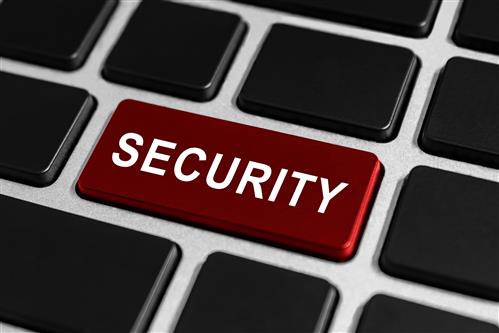 This has had the effect of virtually eliminating card fraud for EMV cards, and now the liability for losses is shifted to the merchant who is responsible for all other forms of fraud. The shift went into effect for most merchants on October 1, 2015, so taking the necessary steps to process EMV cards properly protects your business and your customers from fraud losses.

As new payment technology develops, such as mobile card readers and contactless payments at the point of sale, merchants will need to stay a step ahead of fraud. The new liability shift applies to traditional stores and those that have an alternative payment terminal, such as devices that connect to tablets to accept cards. To ensure that your business is compliant with EMV regulations, and that you have all of the equipment you need to process chip cards, work with a reputable merchant account provider. This will allow you to build a processing solution that takes your unique needs into account and supports the growth of your business.

To learn more about EMV chargeback liability and how to get a credit card payment terminal for your business, contact the experts at Leap Payments today at (800) 993-6300.

Save time shopping around for the best merchant service provider!

No Contracts Required, The Lowest Rates, No Hidden Fees, and Much More!

Leap Payments was founded on the principle of open, honest credit card processing. Offering same day and next day funding, no sign up fees or contracts and specializing in high risk merchant accounts. Contact us now at (800) 993-6300 or complete the form below and we’ll reach out to you.